D’Angelico Guitars celebrates another American icon by releasing the “Premier Grateful Dead SS'' in honor of the Dead’s album “American Beauty”.  The guitar beautifully adorns a rose in resemblance to the album’s famed artwork.

Five albums in, in our present-day industry, we rarely see an artist make it to a fifth album and find the album relevant. Well, the Grateful Dead did. I’m not a Dead Head, but I can appreciate a work of art that surpasses standards in multiple generations.  American Beauty did just that. It was certified gold in 1974, reached the platinum mark in 1986, and double platinum in 2001. What a journey!  I’ve heard the stories of the Grateful Dead fans. Traveling along behind the band as they toured the US, many fans hitting multiple shows back to back being enveloped in the sounds of soulful Americana.

It’s amazing to me how a band’s sound can resonate across multiple genres, be it bluegrass, country, gospel, or rock n roll.

As a hip hop head, my only way of resonating with the power of the Dead Head culture is identifying how Wu-Tang brought Rap, Pop, and R&B fans together. Music unites us and the Grateful Dead have personified that. The power of their iconography is only outmatched by that of religious symbolism. Dead Heads know Dead Heads and from the “Steal Your Face” bumper sticker to the lowered middle finger on a Dead Head’s right hand, the power of their “fandom” is strong with the force.

The year 2020 marks fifty years of timelessness, a major milestone of the impact of American Beauty. Dead fans we salute you, music fans we encourage you to dive in and take a listen. Peer into the work of a historic Americana Icon.

We recently added D’Angelico Guitars to our product offerings.

According to the D’Angelico website, John D’Angelico was born on the lower east side of Manhattan’s Little Italy. At the age of nine, he began apprenticing in a family member’s expert violin and mandolin makers shop.  These skills later became the foundation for the creation of his archtop guitars. In 1932 D’Angelico opened his first shop in Little Italy. In 1952 James D’Aquisto began working at the D’Angelico Guitar Shop, at 17 he had no idea that he would end up 12 years later preserving the legacy of D’Angelico as in 1964 John’s health began to fail. John D’Angelico & James D’Aquisto are widely regarded as two of the 20th century’s greatest archtop guitar makers. After purchasing the guitar shop from the D’Angelico family James later began making guitars under his name. Fast forward to 2011, when the revival of desire for an archtop guitar tone led to an exhibition at the New York Metropolitan Museum of Art entitled “Guitar Heroes: Legendary Craftsmen from Italy to New York”.   This exhibition featured D'Angelico guitars. A recent purchase of the D’Angelico brand led to the rebirth of a legendary guitar manufacturer with the vision to deliver authentic reissues of John D'Angelico guitars at affordable prices.  It brought the brand to life amongst a revitalized audience. With the guitars now in the hands of artists such as Bob Weir, Susan Tedeschi, Kurt Rosenwinkel among others the quality of D’Angelico Guitars proceeds itself.

D’Angelico Guitars celebrates another American icon by releasing the “Premier Grateful Dead SS'' in honor of the Dead’s album “American Beauty”.  The guitar beautifully adorns a rose in resemblance to the album’s famed artwork. 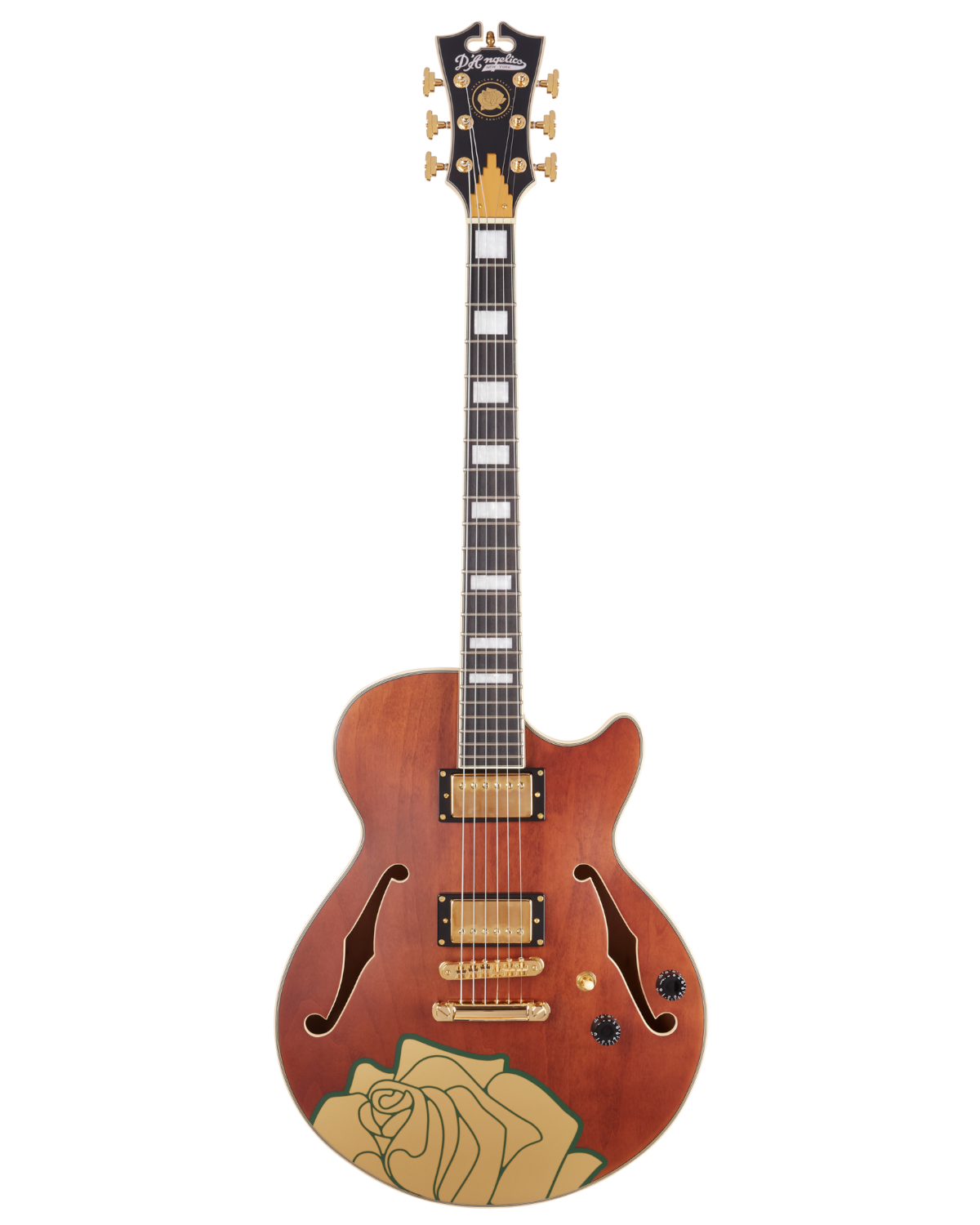 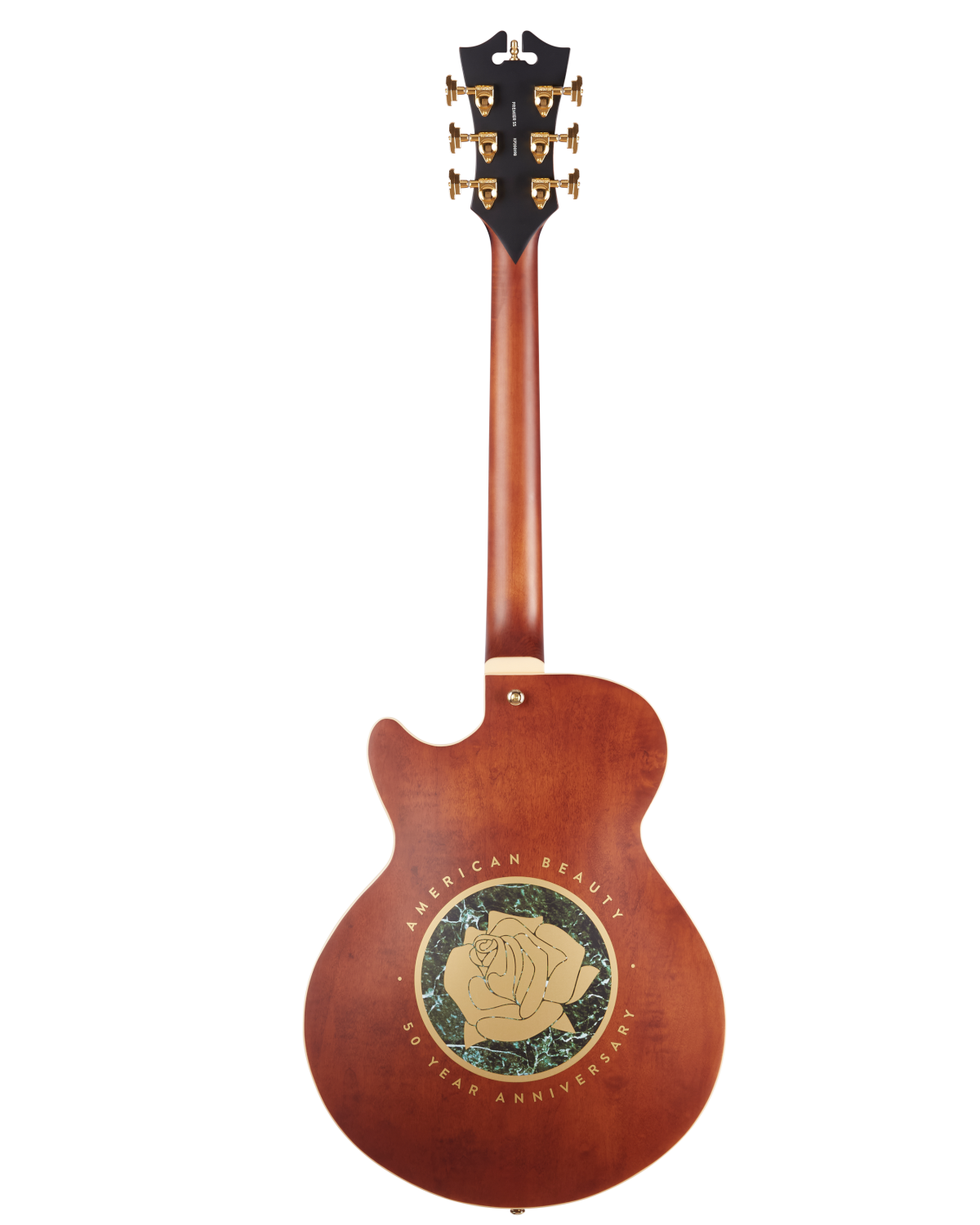