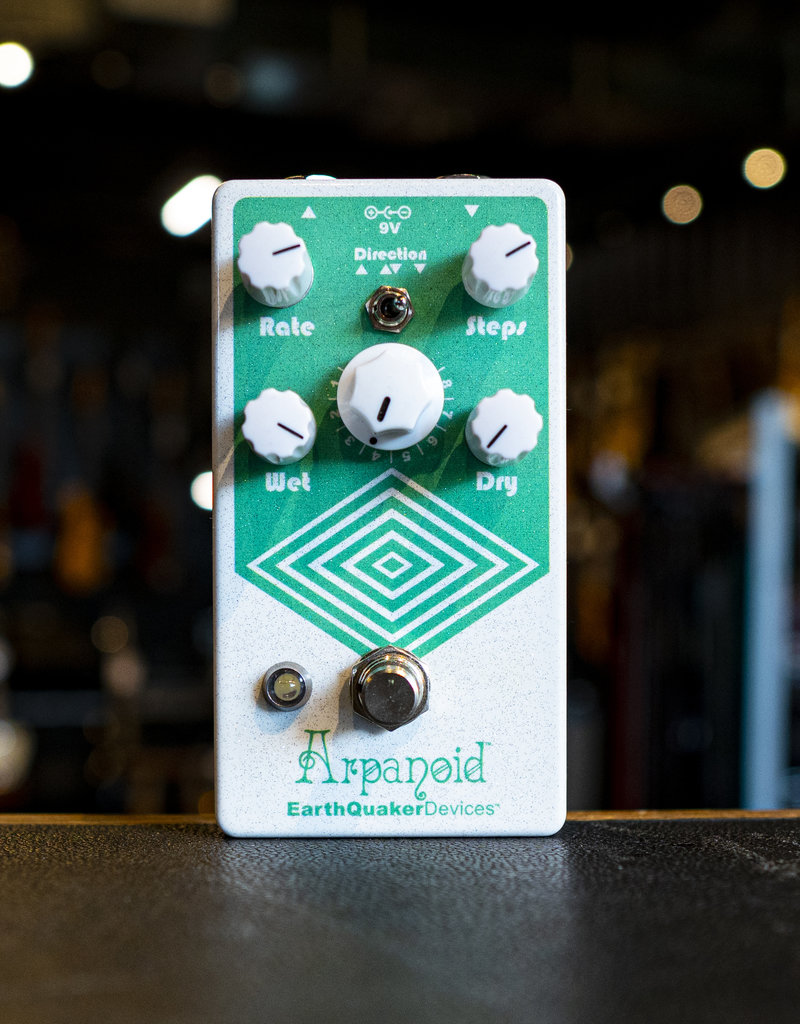 Create fascinating ethereal effects and add motion to your tone with the EarthQuaker Devices Arpanoid V2 guitar effects pedal. This polyphonic pitch arpeggiator pedal captures any notes you play and transforms them into sequence running up or down the scale. Now in its second generation, Arpanoid V2 offers EarthQuaker's flexi switch silent-relay-based switching, plus improved circuitry for even less noise and higher fidelity. When Sweetwater guitarists first got their hands on the Arpanoid V2, we were surprised by how clearly it expressed notes and even entire chords across the whole fretboard. The adjustability of the effect is also impressive, with independent controls over the speed, sequence, and direction of the effect as well as separate wet and dry levels.

EarthQuaker Devices is a boutique pedal company based out of Akron, Ohio. They put all their focus on building tools for musicians to find their own tone. Their designs range from enhanced classics to pedals that have never been seen or heard before. Company founder Jamie Stillman was working with rock band the Black Keys when he came upon a design that kick-started the company's success. EarthQuaker Devices is committed to helping you find your tone with high-quality products at great prices.