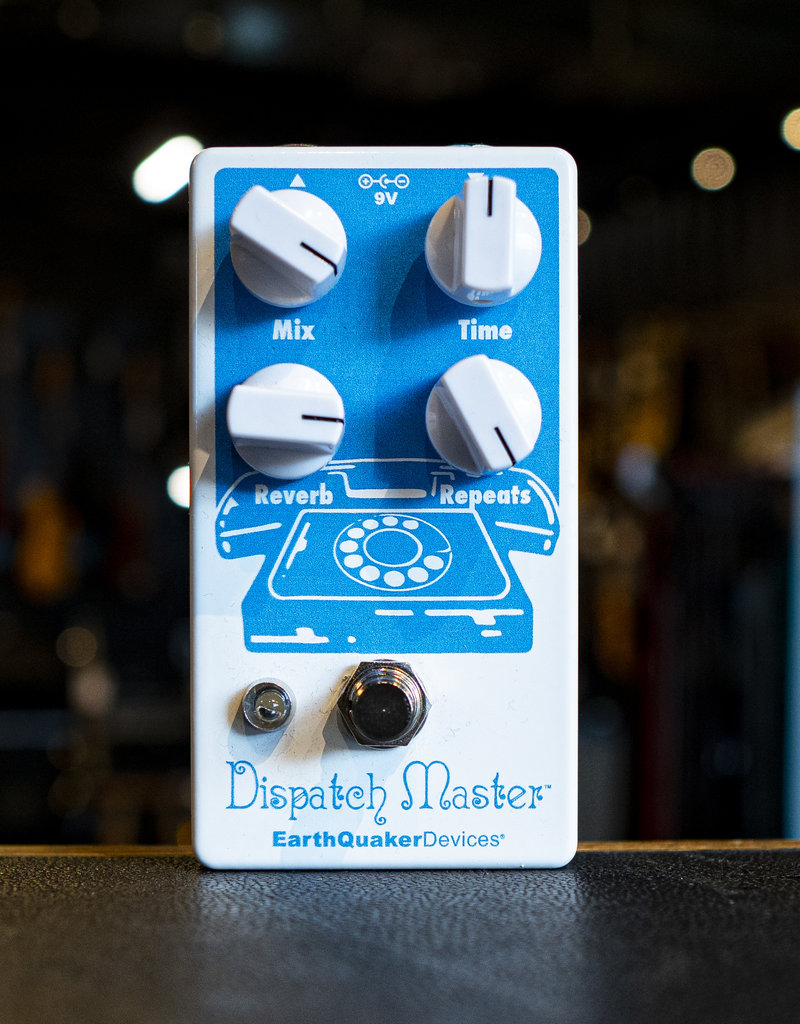 If luscious washes of reverb and delay inspire your creativity, then you need the EarthQuaker Devices Dispatch Master V3 pedal. Now in its third generation, this version gains a Flexi-switch — hold it for momentary operation or tap it to toggle on/off. V3's lush delays and cavernous reverbs are guaranteed to put smiles on the faces of anyone within earshot. Its delays don't degrade over time, even when they're repeating into infinity. And Dispatch Master V3's massive reverb is able to produce everything from subtle ambience to a shimmering pool of echo. Both effects can be used together or separately, providing an abundance of creative options. The EarthQuaker Devices Dispatch Master V3 delay/reverb pedal gives your tone a ton of depth and character.

Switching system is soft, silent, and built for life

EarthQuaker redesigned a number of circuit boards to make way for its relay-based soft-touch switching, and the benefits are many. For starters, since there's no hard click when you engage the pedal, the Dispatch Master V3 is more comfortable to play without shoes, and its switch is built to last a lifetime. Since there's no audible "pop," switching is completely discreet. And thanks to its Flexi-switch feature, you can hold the footswitch for momentary operation — very cool.

Handbuilt by the pedal gurus at EarthQuaker Devices

EarthQuaker Devices is a small boutique guitar pedal company located in Akron, Ohio. Every EarthQuaker pedal you buy from Sweetwater was built by real human hands using premium components. EQD's pedals range from enhanced classics, like the Park Fuzz, to effects that no ear has heard before, like the Rainbow Machine. Whatever sound you're after, founder Jamie Stillman and his team of pedal gurus are dedicated to building a box to help you achieve it.