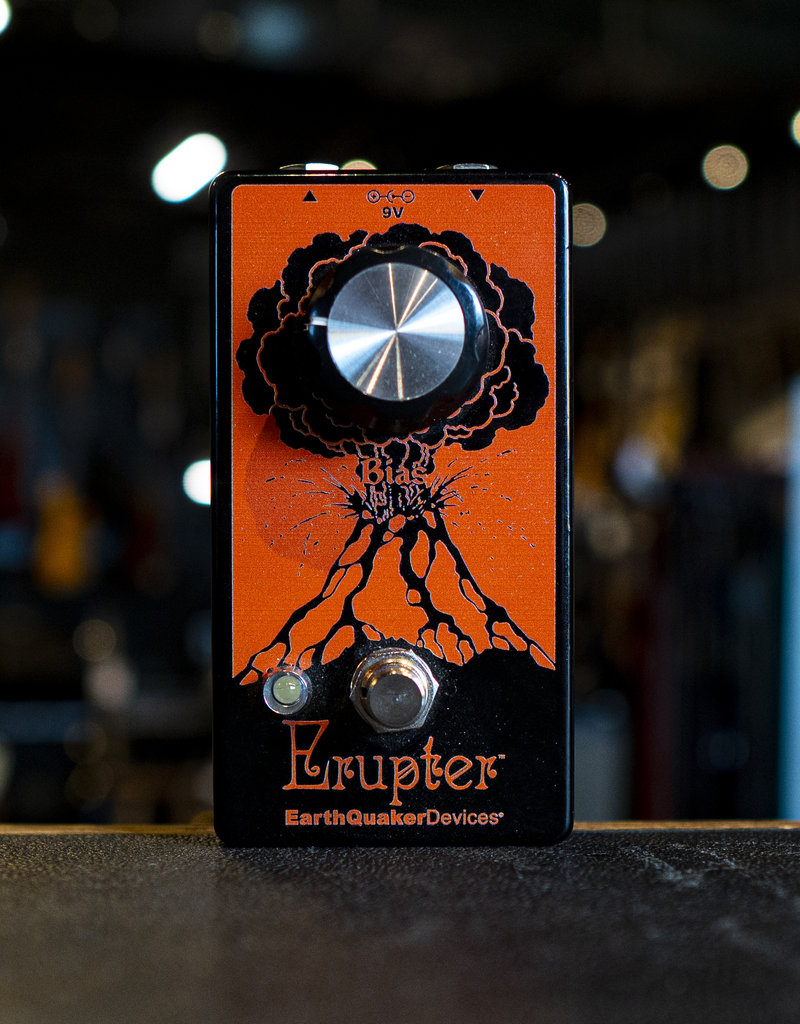 The all-analog EarthQuaker Devices Erupter could be the ultimate classic fuzz. Yet surprising enough, this pedal is no clone. It's the result of more than two years of tone chasing. This pedal succeeds in bringing iconic, classic fuzz tone to today's instruments — single coils to humbuckers — and to any position on a pedalboard. The Erupter's low end is defined, its top end is smooth, and its output is just right for sending an overdriven tube amp over the edge. A feature we particularly like is the EarthQuaker Erupter's foot-friendly single knob, which controls bias, fuzz, and harmonic character all at once to prevent settings overload from getting in the way of your music.

With quality parts like new-production 5% ½-watt carbon composition resistors, metallized polyester film caps, Sprague and BC electrolytic capacitors, and low-gain, hand-matched NOS silicon transistors, the Erupter delivers a “well-rounded and defined fuzz tone with just enough pummeling intensity," says EQD pedal wizard and president Jamie Stillman. And thanks to its transformer-based pickup simulation, the Erupter responds well to any type of guitar you own — lipstick pickups, soapbars, and even high-gain humbuckers.

EarthQuaker redesigned a number of circuit boards to make way for its relay-based soft touch switching, and the benefits are many. For starters, since there's no hard click when you engage the pedal, the Erupter fuzz is more comfortable to play without shoes, and its switch is built to last a lifetime. And since there's no audible "pop", switching is completely discreet.

EarthQuaker Devices is a boutique pedal company based out of Akron, Ohio, born out of founder Jamie Stillman's pedal provisions for the Black Keys. Every pedal EQD designs is hand assembled by a core team of builders right here in the US. Whether you're looking for an enhanced classic, such as the Erupter fuzz, or something way out in left field, like the Rainbow Machine, EarthQuaker Devices never fails to put a smile on the faces of our customers and instrumentalists here at Sweetwater.