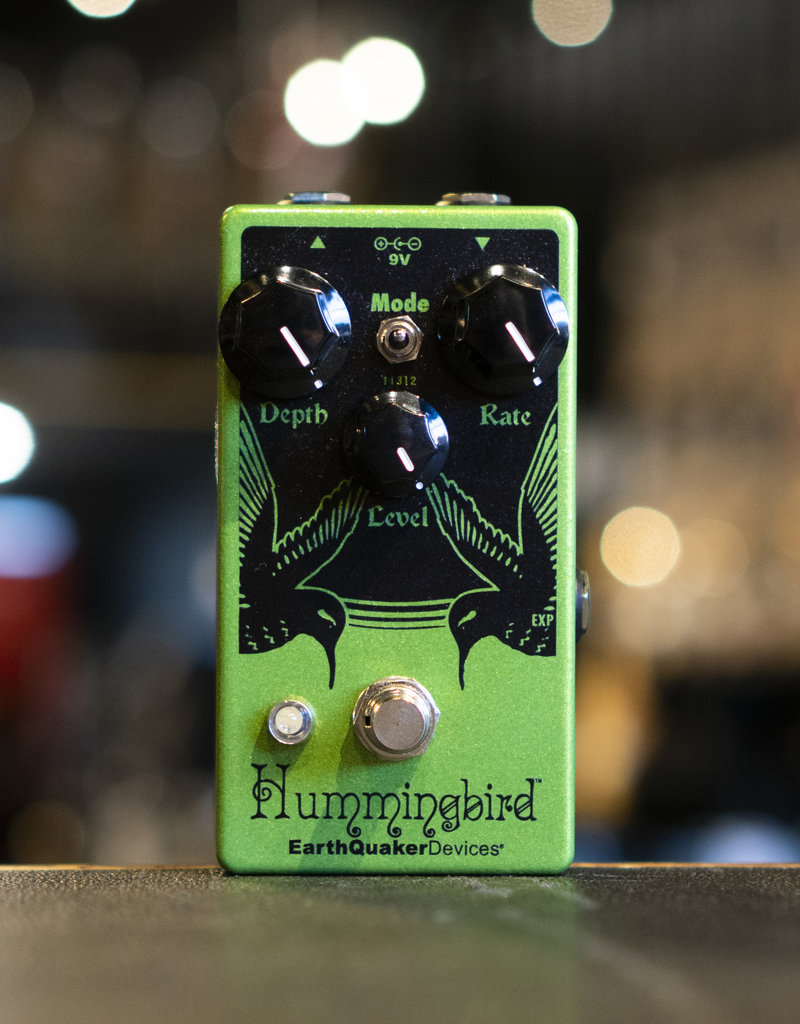 From shimmering rockabilly tremolo to edgy synth-like pulsing, the EarthQuaker Devices Hummingbird V4 repeat percussion tremolo pedal offers your guitar a ton of texture without hogging your pedalboard. Now in its fourth generation, this version gains a flexi-switch — hold it for momentary operation or tap it to toggle on/off. This JFET-driven tremolo pedal immediately impressed the guitar players here at Sweetwater with its three rate modes, offering a wide range of speeds without making it hard to control. Complete with an expression pedal input for expressive control over the tremolo rate, the EarthQuaker Devices Hummingbird V4 packs big performance potential.

EarthQuaker Devices is a boutique pedal company based out of Akron, Ohio. They put all of their focus on building tools for musicians to find their own tone. Their designs range from enhanced classics to pedals that have never been seen or heard before. Company founder Jamie Stillman was working with rock band the Black Keys when he came upon a design that kick-started the company's success. EarthQuaker Devices is committed to helping you find your tone with high-quality products at great prices.