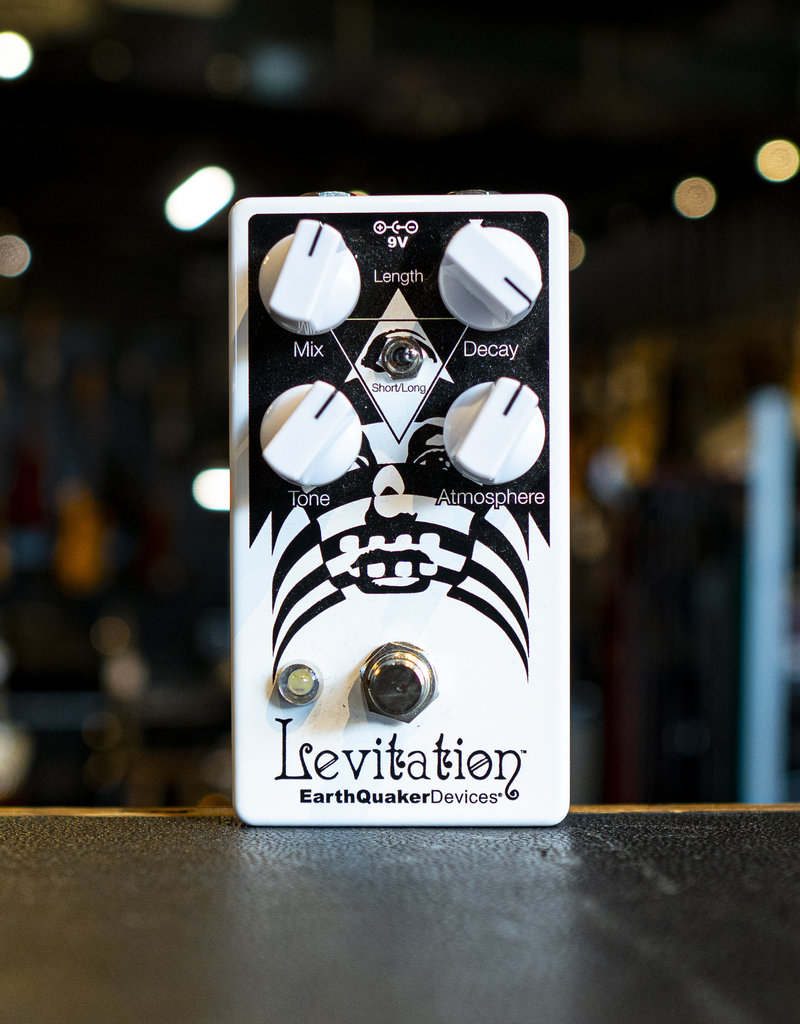 Designed in the Spirit of the Levitation Music Festival

The EarthQuaker Devices Levitation Reverb V2 electric guitar effects pedal brings a powerful reverb that mimics old-school chambers, spring, and plates to your pedalboard. Built in cooperation with the Levitation Music Festival in Austin, Texas, the idea was to offer a pedal that celebrates the washing sounds of psychedelic rock. Standard spring-type sounds are included, but turning up the Atmosphere knob adds more harmonic content for everything from subtle room sounds to infinite reverb oscillations. Keep the spirit of psychedelic rock alive with this Levitation Reverb.

One of the most powerful controls on the Levitation Reverb V2 pedal is its Atmosphere control. This harmonic regeneration control takes the upper frequencies of the reverb and sends them back through the process, giving you more harmonic content for a ringing sort of 'verb. This is a great sound at higher settings — when you want the sound of your reverb to be as much a part of your sound as the note you played.

EarthQuaker Devices is a boutique pedal company based out of Akron, Ohio. They put all their focus on building tools for musicians to find their own tone. Their designs range from enhanced classics to pedals that have never been seen or heard before. Company founder Jamie Stillman was working with the rock band the Black Keys when he came upon a design that kick-started the company's success. EarthQuaker Devices is committed to helping you find your tone with high-quality products at great prices.