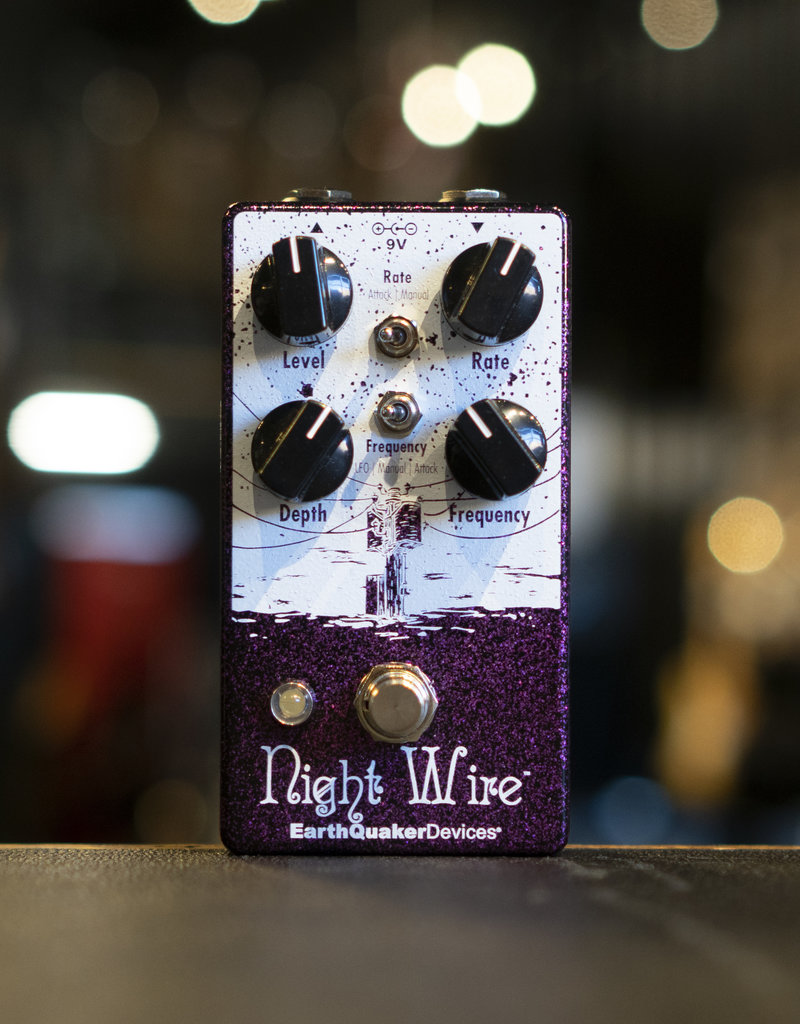 If you've never played with a harmonic tremolo pedal, then you definitely need to check out the EarthQuaker Devices Night Wire V2. It splits your signal into high and low frequency ranges and then processes them with an LFO that is split 180 degrees for an intoxicating push-pull effect. Now in its second generation, this version gains a flexi-switch — hold it for momentary operation or tap it to toggle on/off. Tremolo speed can be dialed in with a typical Rate control and can also be controlled by the strength of your pick attack. With Depth set to zero, the Night Wire V2 delivers fixed-filter effects. If other EarthQuaker Devices pedals are any indication, Sweetwater is sure you could spend days exploring all the sonic possibilities of the EarthQuaker Devices Night Wire V2 harmonic tremolo pedal.

EarthQuaker Devices is a boutique pedal company based out of Akron, Ohio. They put all of their focus on building tools for musicians to find their own tone. Their designs range from enhanced classics to pedals that have never been seen or heard before. Company founder Jamie Stillman was working with rock band the Black Keys when he came upon a design that kick-started the company's success. EarthQuaker Devices is committed to helping you find your tone with high-quality products at great prices.