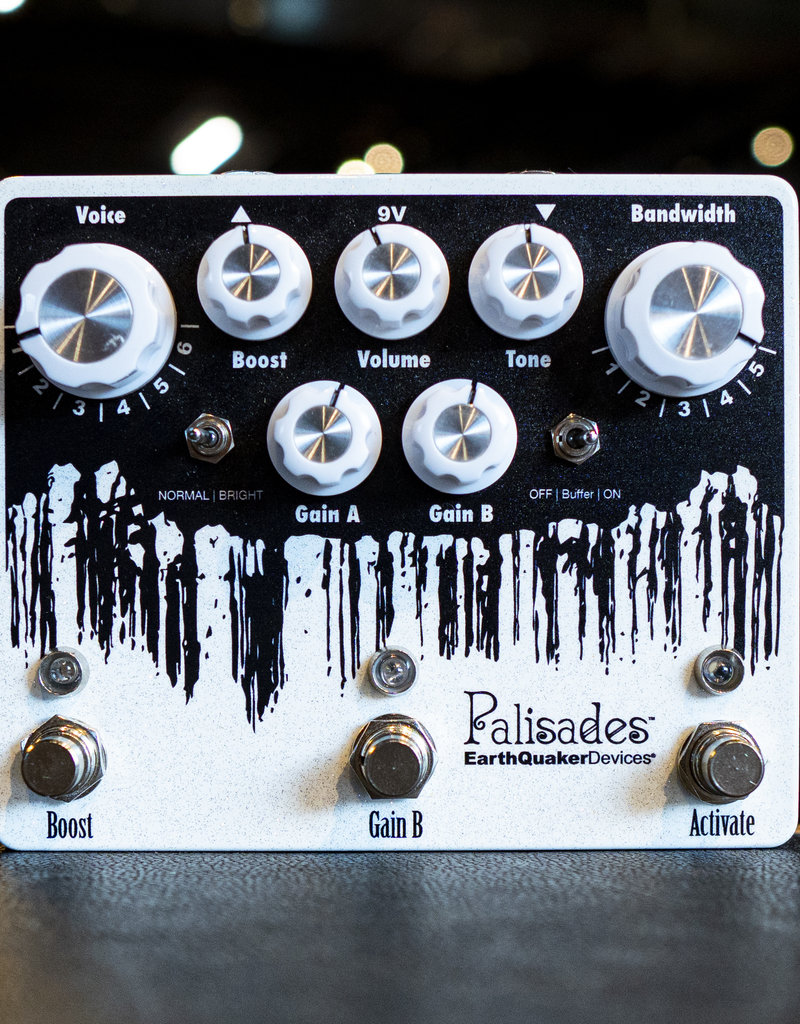 You know that famous green overdrive pedal that sounds like screaming tubes? The EarthQuaker Devices Palisades V2 overdrive pedal is based on that, but with two gain channels, five bandwidth settings, and six clipping modes for amazing sonic flexibility. This second-generation version adds EarthQuaker's flexi-switch silent-relay-based switching for, well, silent switching. The Gain knob interacts with the Voice and Bandwidth knobs to cover a wide range of overdrive tones: transparent and open, tight and crunchy, thin and light, fat and heavy, you name it. There's even a footswitchable volume boost to punch up your solos. If you need multiple flavors of overdrive, but only want one overdrive pedal on your pedalboard, Sweetwater is sure you'll be well served with the EarthQuaker Devices Palisades V2.

The Voice control on the Palisades V2 overdrive pedal lets you select from six distinct styles of clipping — from transparent and open to tight and crunchy. There's a lot of variation to explore here, especially considering that the Voice control is heavily affected by the Gain controls (and which gain section you're using, for that matter).

Two gain sections bring it all together

Two gain channels give the Palisades V2 overdrive even more flexibility. Gain A is your choice for lower-gain tone with grit, perfect for rhythm parts and strummed chords. Gain B offers more gain and a tighter sound, perfect for lead playing and palm muting. The gain settings heavily influence the character of the Voice and Bandwidth parameters, so it's worth spending some time with this pedal to really get an idea of all the different sounds it's capable of producing.