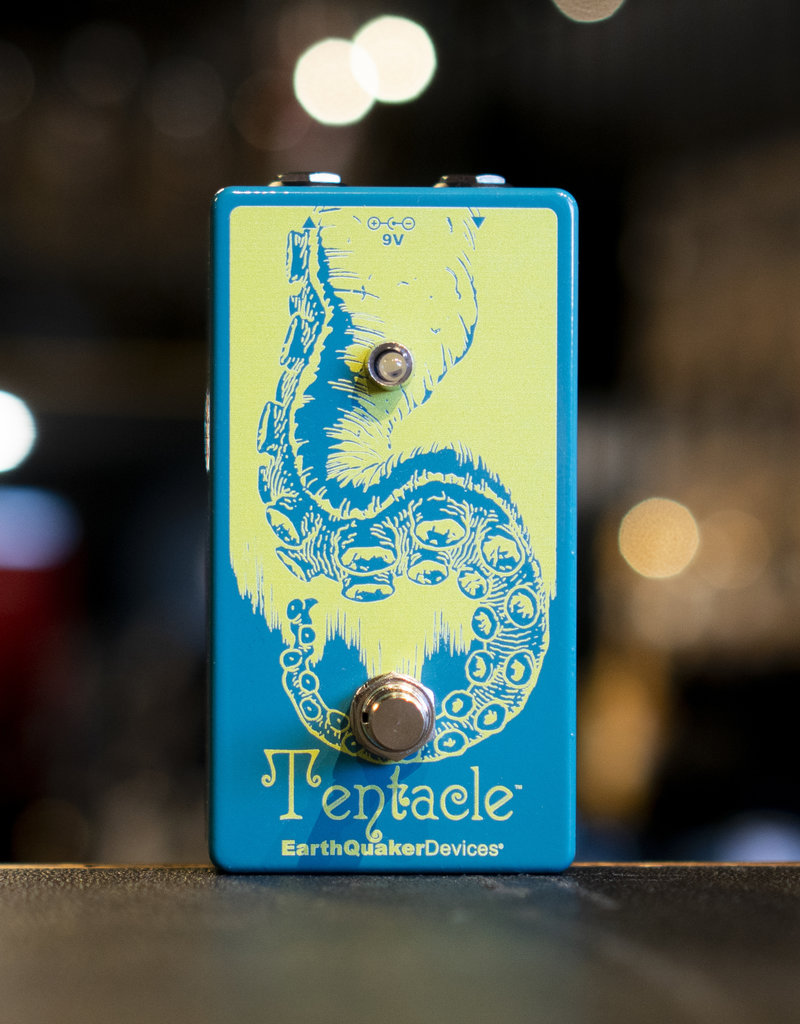 There's something beautiful about a pedal that does only one thing and does it well, and the EarthQuaker Devices Tentacle V2 octave-up effect is just such a pedal. In fact, this analog octave-up effect pedal only exists because guitarists who fell in love with the octave-up effect from the Hoof Reaper pedal demanded EarthQuaker Devices create a standalone stompbox out of it. Now in its second generation, this version gains a Flexi-Switch — hold it for momentary operation, or tap it to toggle on/off. Guitarists at Sweetwater really love the way the Tentacle V2 behaves when you lay it on higher up the fretboard, and if you combine the Tentacle V2 with a classic fuzz pedal, you can practically summon the ghost of Jimi Hendrix.

EarthQuaker Devices is a boutique pedal company based out of Akron, Ohio. They put all their focus on building tools for musicians to find their own tone. Their designs range from enhanced classics to pedals that have never been seen or heard before. Company founder Jamie Stillman was working with rock band the Black Keys when he came upon a design that kick-started the company's success. EarthQuaker Devices is committed to helping you find your tone with high-quality products at great prices.