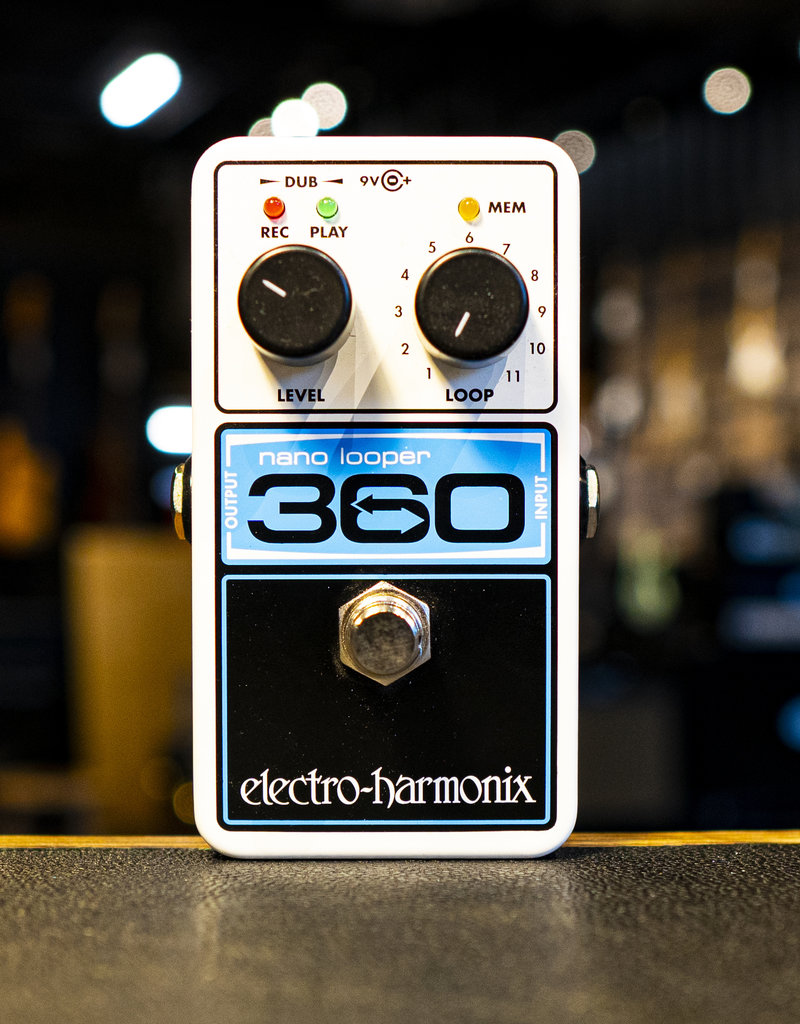 Saves Up To 11 Loops for Later Recall

While many looper pedals delete all your musical snippets when you power off the pedal, the electro-harmonix Nano Looper 360 can store up to 11 loops and a total of 360 seconds of recording time. That means you can capture song ideas at home, and recall them at band practice to turn them into a complete song. Of course you can use the Nano Looper 360 as a powerful live performance looper, but remember that it's also a valuable practice tool that can help ensure you never lose an inspiring musical idea.

From practice to performance, there's unlimited creativity in the EHX Nano Looper 360!