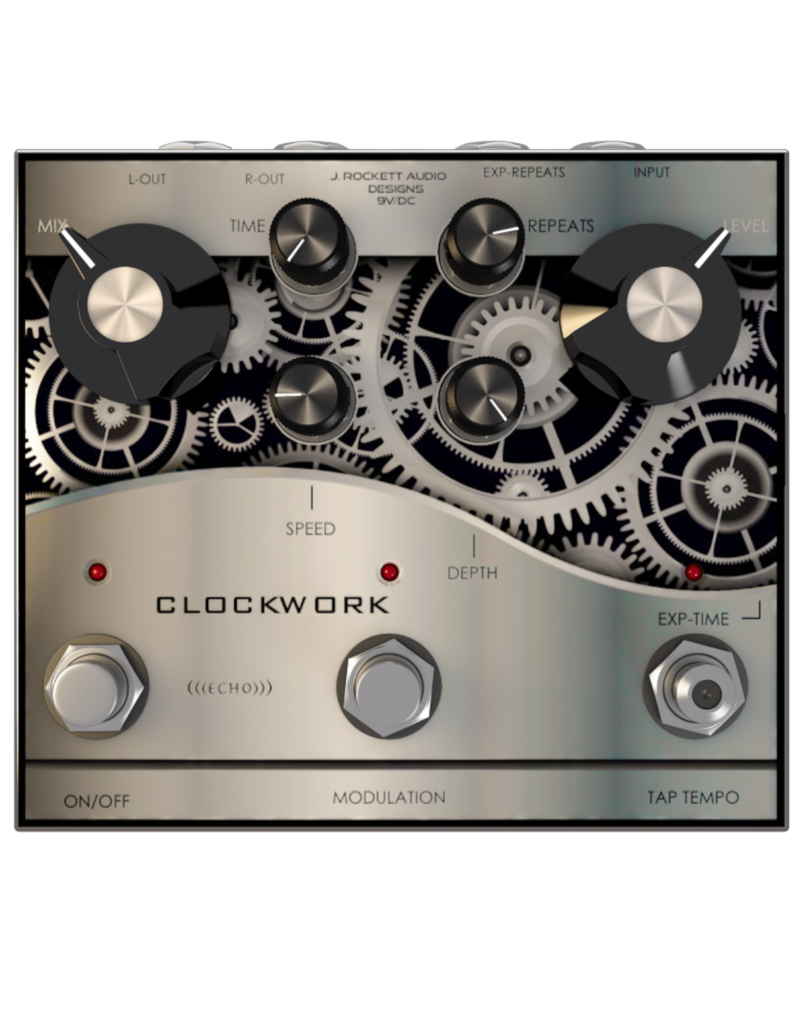 In conjunction with Howard Davis (Inventor of the original Deluxe Memoryman) we have
created a long awaited solution. It seems that guitarists are starting to forget about the magic of old school
designs in favor of modern digital products. Such a change is probably due to convenience. Just like the original
Deluxe Memoryman or the classic Tape Echoes nothing has ever replaced them in terms of musicality and
inspiration. The problem with these older designs is that did not have modern controllability. We introduce the
Clockwork Echo as the first of our new series called the "Vintage Series". We have re-created the old school magic
but with modern functionality.