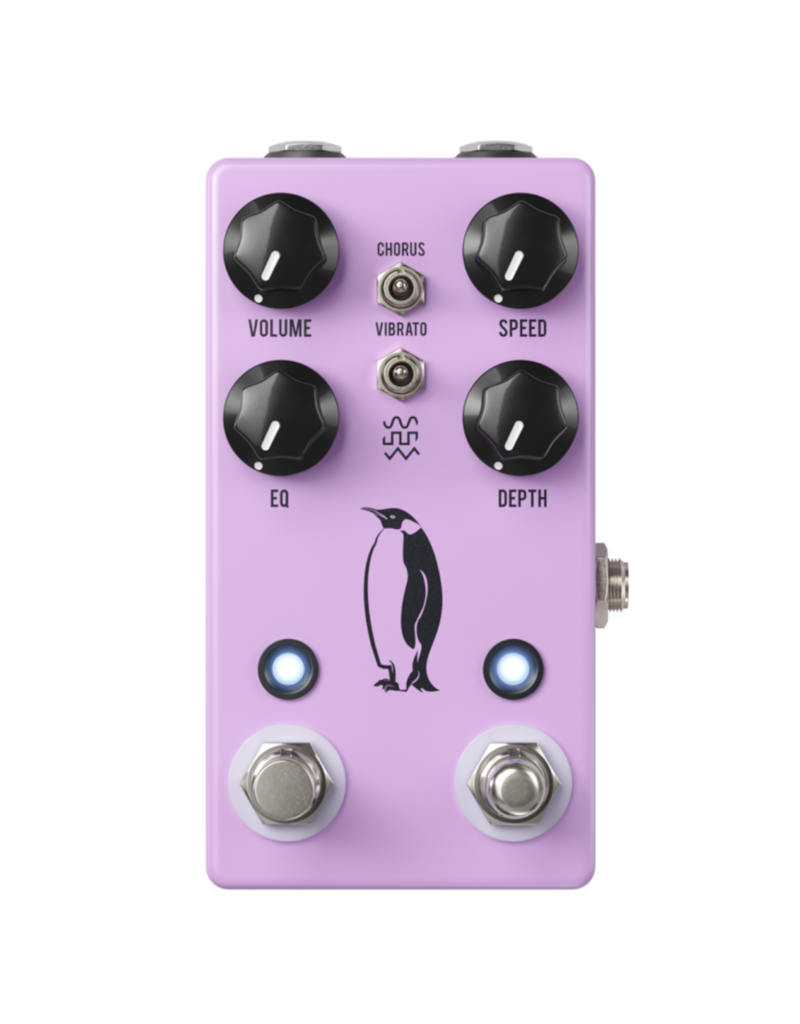 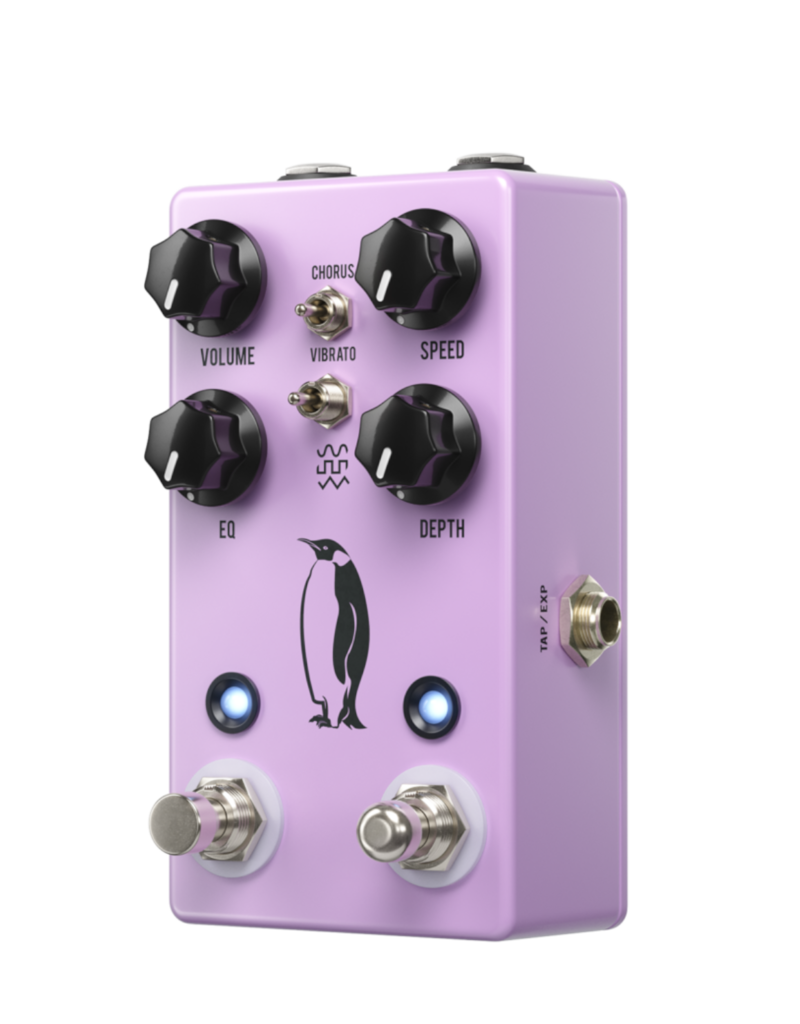 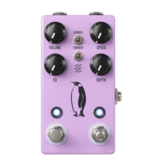 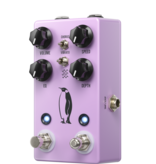 We call the Emperor an analog chorus/vibrato. That’s just because calling it a true analog chorus/pitch vibrato with tap tempo/waveform selection/rotary speaker simulation/true stereo output/and more pedal would have been a pain to write every time.

To control the rate of the Emperor’s effect, simply turn the Speed knob up and down or tap the tap tempo footswitch. Or for the more adventurous among us...plug in an expression pedal for variable control in real time. And you can even slave the pedal to other tap-controlled pedals for rhythmic consistency across all your effects.

- Control the rate with the onboard Speed knob or tap tempo footswitch
- Internal Tap/Exp mini switch controls the side-mounted Tap/Exp TRS jack
- Use an external source to control the rate in the Tap Out setting (works great with our Panther Cub Delay and Unicorn pedals).
- LED indicator notifies you of the effect’s tempo, even when disengaged

You knew we would throw in a few extra features for you, didn’t you? Of course we did. When designing the Emperor, we conveniently and inconspicuously tucked in stereo output and the ability to select between buffered or true-bypass operation.