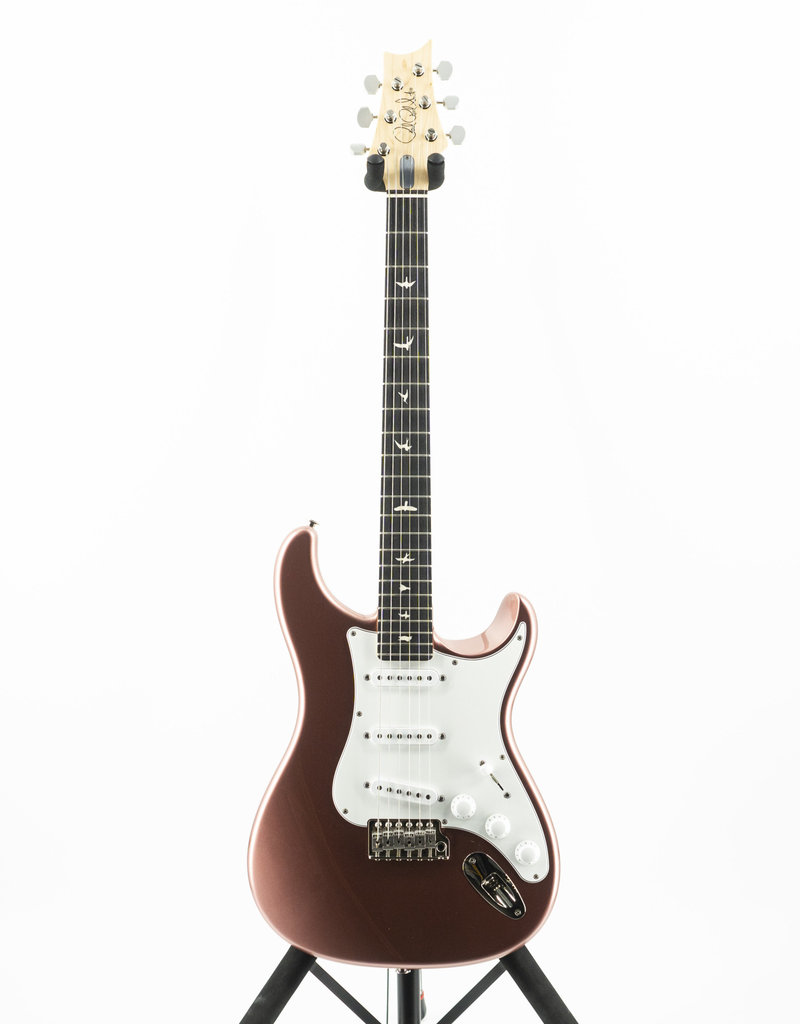 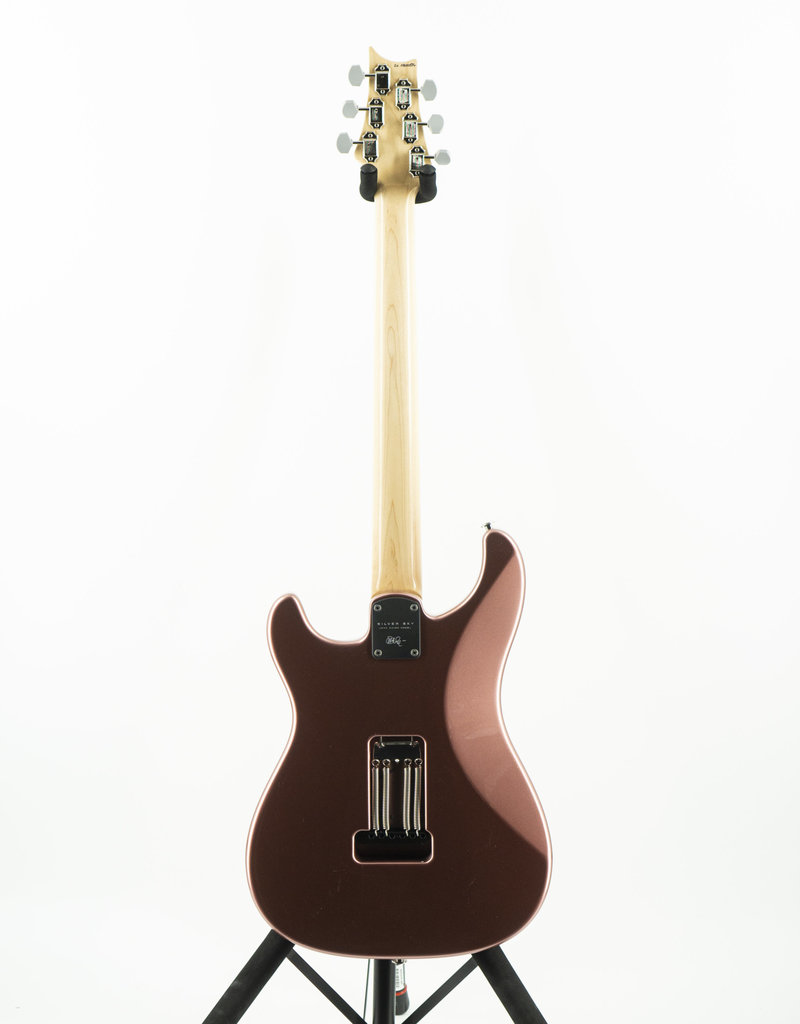 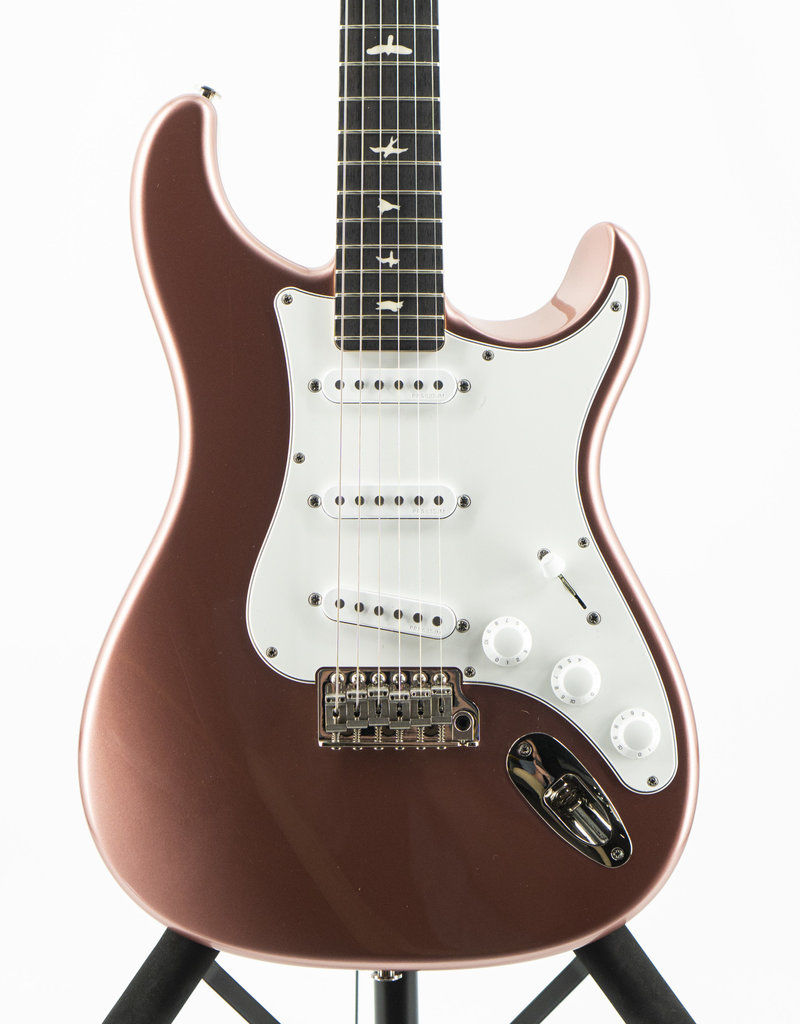 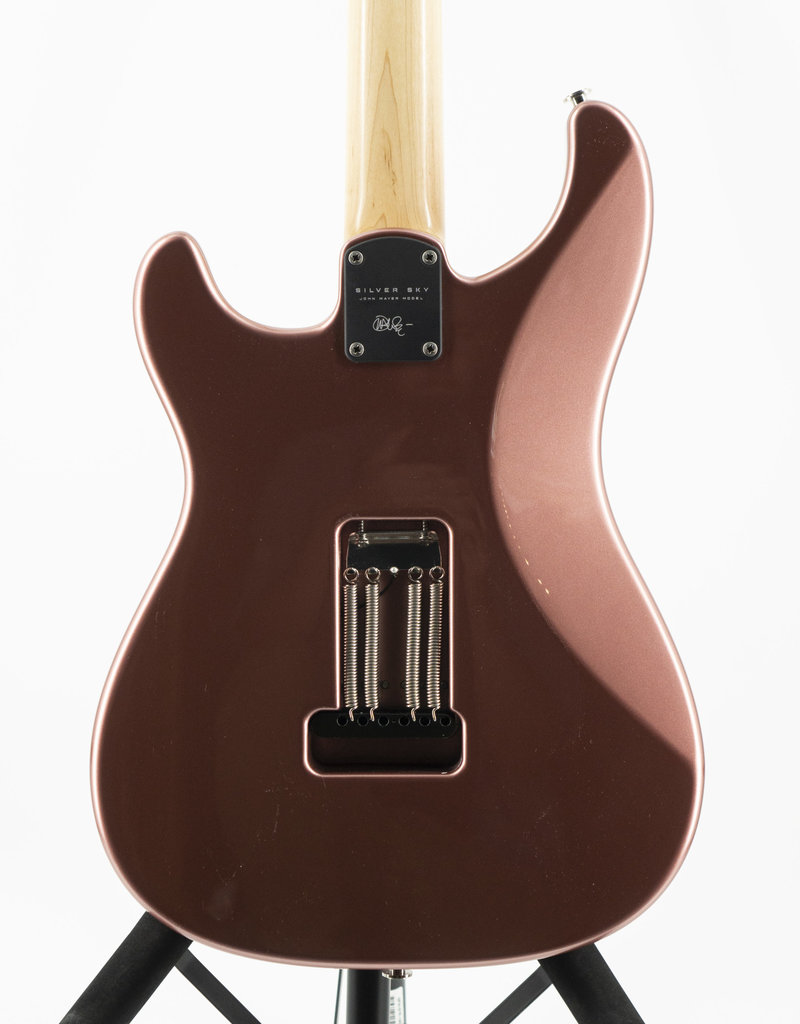 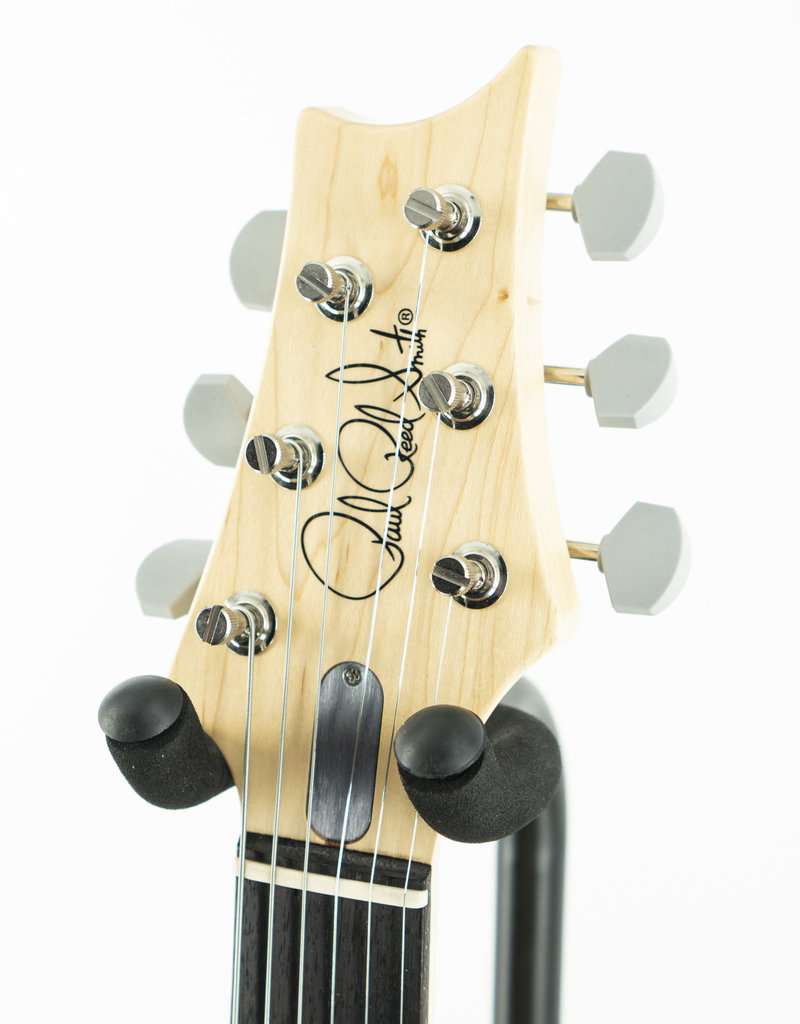 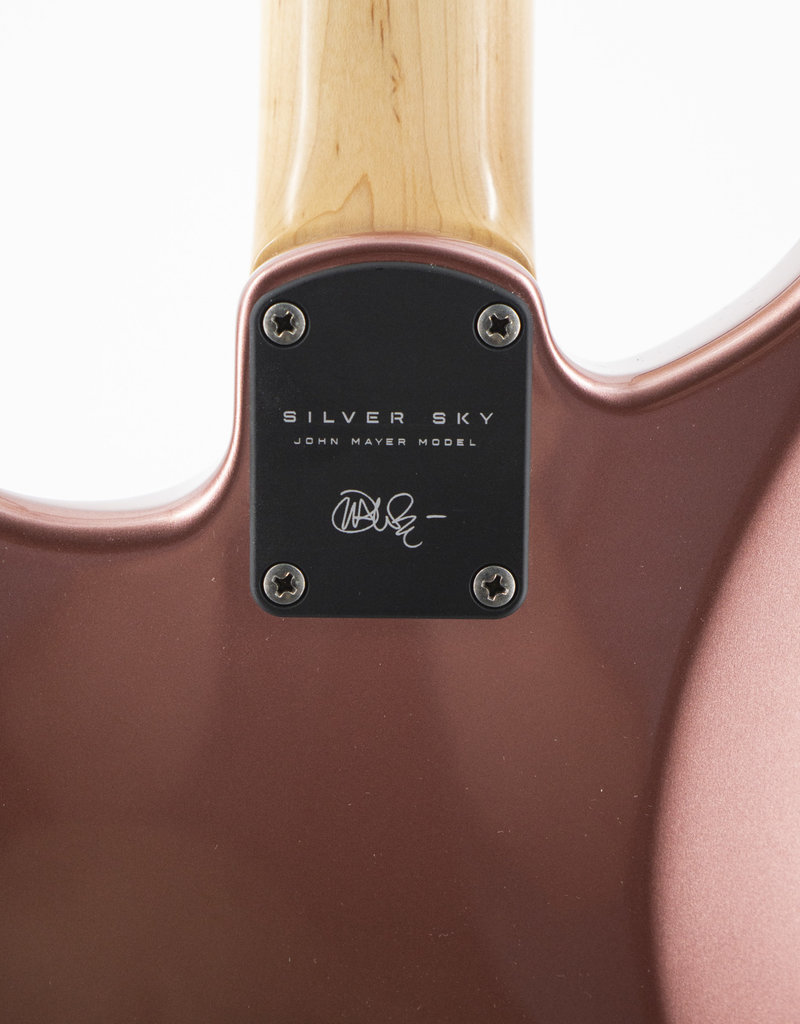 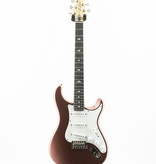 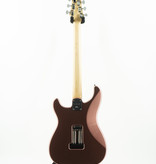 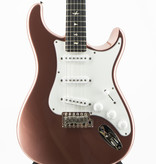 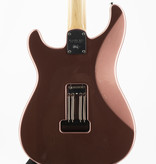 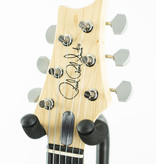 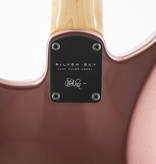 The PRS Silver Sky is an idealized version of a vintage single-coil guitar where every detail adds up and sets this guitar apart from the pack and the past. The result of a close collaboration between Grammy Award-winning musician John Mayer and Paul Reed Smith, the Silver Sky is based off of years of development. Incorporating Mayer and Smith’s favorite elements of 1963 and 1964 instruments with an eye toward modern references, the PRS Silver Sky delivers the warmth and familiarity of an old guitar with the finesse of a brand-new instrument.

Some of the more distinctive specifications include, the headstock shape, tuners, bridge, pickups, and neck and fretboard options. The headstock shape is based on PRS’s trademark design, but inverted both to accommodate Mayer’s playing style and also to keep a consistent length of string behind the nut, which makes staying in tune easier. The tuners are a traditional vintage-style, closed-back tuner, but with PRS’s locking design. The steel tremolo takes the patented PRS design and incorporates Gen III knife-edge screws. Setup flush to the body in the neutral position so that the tremolo bridge only goes down in pitch, the bridge’s increased contact with the body allows the guitar itself to be acoustically louder, which in turn improves the signal to noise ratio of the single-coil pickups. The 635JM single-coil pickups are very round and full, with a musical high end that is never “ice-picky” or brash.

The Silver Sky comes with the option of a rosewood or maple fretboard. The maple fretboard option comes with the original 635JM neck shape, while the rosewood fretboard option has been subtly modified in the shoulders to feel more “rounded” in your hand. Both neck shapes were designed by researching vintage instruments and Mayer test-driving guitars on stage to find what felt right. The fretboard radius on both options is 7.25”.

Other high-quality specifications include a bone nut, a molded metal jack plate (curved to make plugging and unplugging a guitar cable hassle-free), retooled knobs, and PRS’s double action truss rod (accessible from the front of the headstock for ease of use). PRS premium gig bag included.