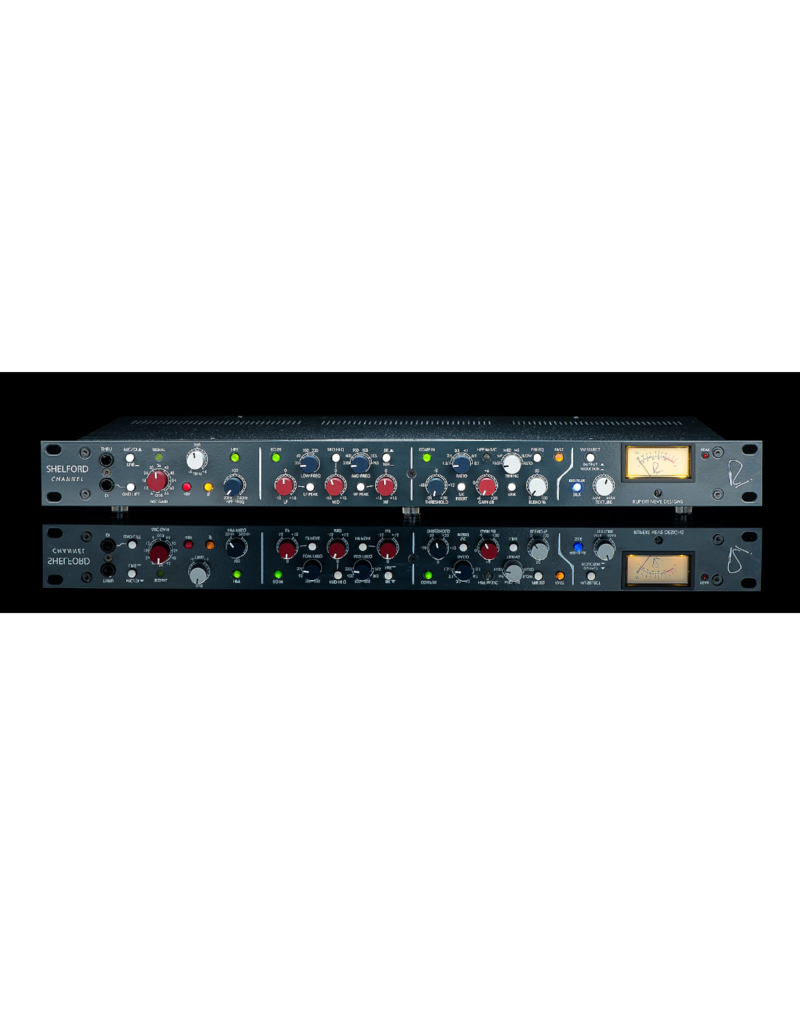 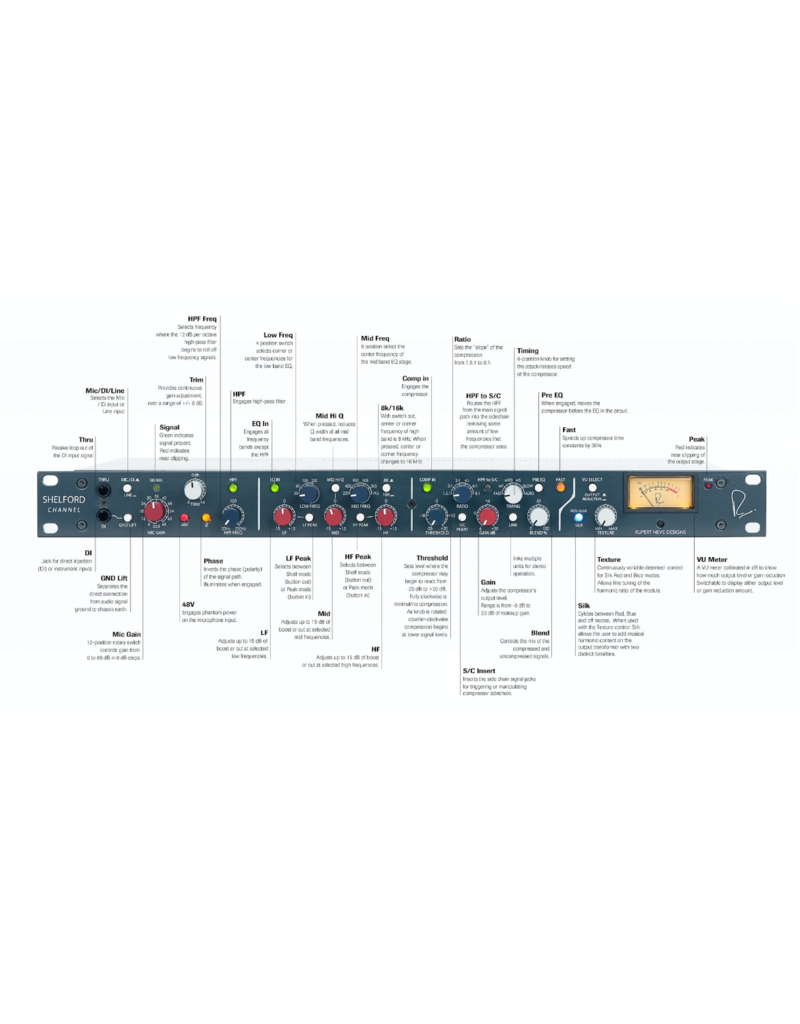 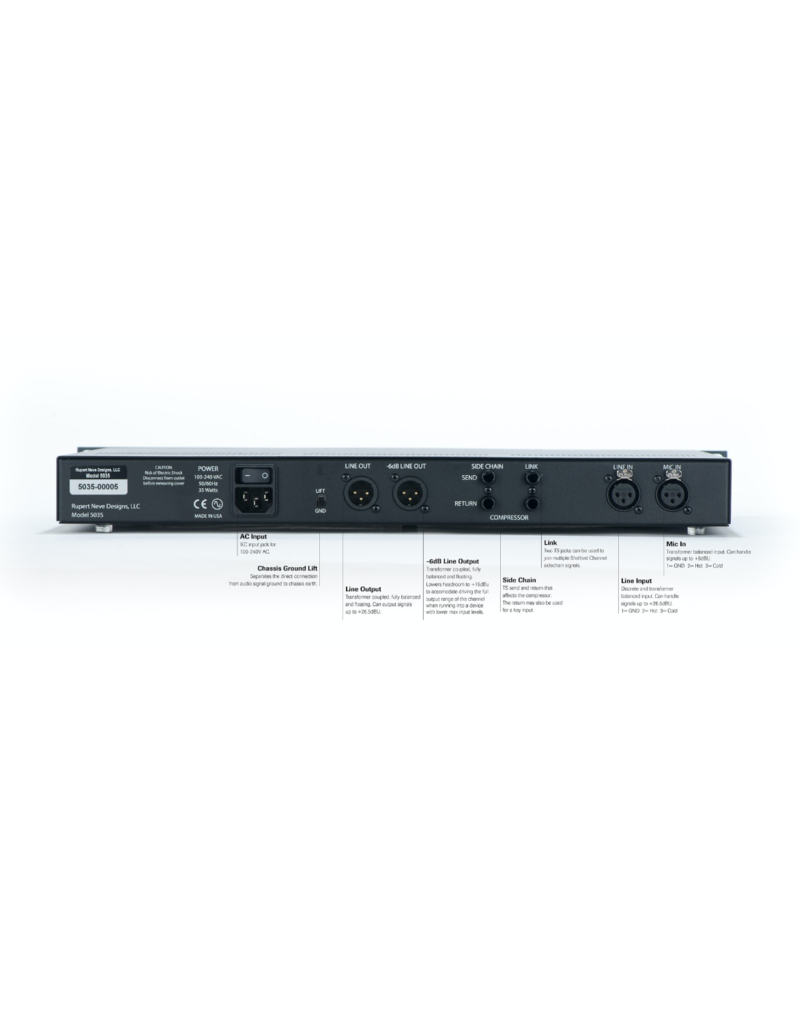 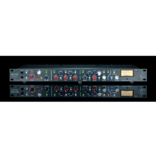 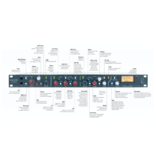 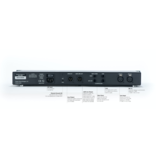 A Whole New Vintage – Over fifty years in the making, the Shelford Channel is the definitive evolution of the original technologies in Rupert’s classic console modules like the 1073, 1064, 1081 & 2254, thoughtfully advanced and refined for the 21st century studio. The Shelford Channel is built around Rupert Neve’s first new transformer-gain, class-A microphone preamplifier in over 40 years, the “best-of-the-classics” inductor EQ section from the Shelford 5052, a tone-packed Diode bridge compressor, the analog power of variable Silk saturation, a new dual-tap transformer output stage for maintaining headroom or allowing the full driving of the Channel without clipping standard converters, and twice the operating voltage of vintage designs.

With richly-colored tonal options for making bold statements with your music, and precisely-engineered detented controls for recall, the vintage-inspired Shelford Channel maintains the soul of Rupert’s classic designs with new levels of versatility, delivering what can only be described as the combined essence of fifty years of Rupert Neve’s designs.

Like Rupert’s designs from his time in Little Shelford , the Shelford Channel’s preamplifier uses a directly-coupled transformer input with gain provided by the custom transformer itself – a first in over 40 years for Rupert Neve. This new custom-designed input transformer, along with its careful integration with the surrounding circuitry, is critical to the Channel’s bold and instantly recognizable character.

With this classic topology, the input transformer design is extraordinarily challenging, and the RN4012 transformer utilized in the Channel went through many generations before Mr. Rupert Neve was satisfied. This transformer provides the first 15dB of gain, with the rest of the 72dB of gain provided by the discrete, class-A amplifier blocks controlled by a stepped attenuator and precision trim pot. Whereas Rupert’s more modern designs (e.g. the Portico Series) utilize a combination of TLAs (Transformer-Like Amplifiers) followed by an input transformer for pristine low & high frequency detail and galvanic isolation (see comparing input topologies notes), the Shelford Channel’s design directly couples the input transformer to the microphone line. When this new transformer is combined with its surrounding class-A input amplifiers, the result is the unmistakably smooth high and low frequencies of the most famous vintage modules in the world, yet with incredibly low noise and superior isolation. The mic pre section also includes a sweepable 20-250Hz high-pass filter, Mic / Line selection, 48V phantom power, and polarity reverse.

Similarly to the input stage, the new output stage is designed to provide the texture and power of Rupert’s classics while allowing for significantly more versatility in tone.

The dual-tap output for the Channel’s RN2042 square-core output transformer creates both high and low headroom outputs without compromising the channel’s performance.  The high headroom tap is designed capture a more pristine sound at high levels, avoiding non-linear coloration of the output stage and taking full advantage of the Shelford’s higher voltage design. The low headroom tap however is optimized to allow an engineer to drive the full voltage range of the Channel – adding  dynamic tone with these same non-linear “colorations” – without clipping most professional interfaces. On drums, vocals, guitars and other instruments, this output lets you easily hit the transformer’s “sweet-spot” of non-linear harmonic content, which can bring a recorded performance to life in a way that other effects can’t.

Another advantage of the output stage versus vintage modules is the addition of the variable Silk circuitry, which allows complete control over the harmonic content and saturation of the output transformer. With Silk disengaged, the output is modern and pristine, yet still retains Rupert’s signature larger-than-life transformer sound. When engaged, the harmonic content – predominantly 2nd order and 3rd order with no high order distortion – can be dialed up to several times beyond that found in his vintage units like the 1073. This is further controlled with Silk Red and Blue modes, which emphasize harmonic content generated by the source’s high frequencies (Red) or low frequencies (Blue).

The Hi-Z front panel input uses the same discrete class-A FET with transformer topology as the Rupert Neve Designs RNDI, but it utilizes the new RN4012 input transformer directly into the microphone preamp for gain. This design, made world-famous by the best-selling RNDI, delivers unmatched clarity to high-Z sources, with a substantial low-end presence and incredibly smooth high frequencies. The DI also includes a passive THRU output to feed a separate amplifier.

The “Best Of The Classics” EQ

The 3-band, custom-tapped inductor EQ on the Shelford Channel was inspired by our favorite portions of Rupert’s vintage EQ designs. The low frequency band is primarily based on the 1064 – renowned for its creamy, resonant bass. Unlike the 1064 however, the LF band on the Channel can be used as either a shelf or a peak filter; adding punch, dimension, and immense control to your low end.

The Shelford Channel’s inductor midrange band is based on Rupert’s 1073, ideal for sweetening vocals and instruments while bringing them ever-so-slightly forward in a mix. Additionally, the mid frequency band’s proportional “Q” response makes it well-suited for minimizing problematic frequencies in a source.

The Channel’s high frequency band is a hybrid vintage / modern design, using capacitor-based topologies to achieve richer tone with enhanced control. As Rupert originally intended with his most prized classic designs, each EQ section uses low-feedback, class-A electronics to prevent low-level artifacts and harshness from detracting from the tonal shaping. The EQ circuit itself, however, is a decidedly modern design using techniques and components that were simply not available 40 years ago, and should not be considered a “clone”.

Like the Inductor EQ and Transformer Gain microphone preamp, the diode bridge compressor in the Shelford Channel is based on the same topologies found in Rupert’s vintage designs – such as the 2254 – but it expands on these early design by incorporating full-wave rectification and a slew of new control features.

While Rupert’s vintage diode bridge compressors have a uniquely punchy and warm response, they were also quite limited by inflexible attack times, high noise, low headroom, & imprecise controls. With the Diode Bridge Compressor, Rupert Neve Designs is able to recapture the vibe-filled, “in your face” sound of those classics with a new level of precision and flexibility, allowing the compressor to be fully utilized on virtually any source. Where the VCA compressor found in the Portico II Master Buss Processor delivers unrivaled transparency, the Shelford Channel’s Super Diode Bridge Design is all about making a statement with compression.