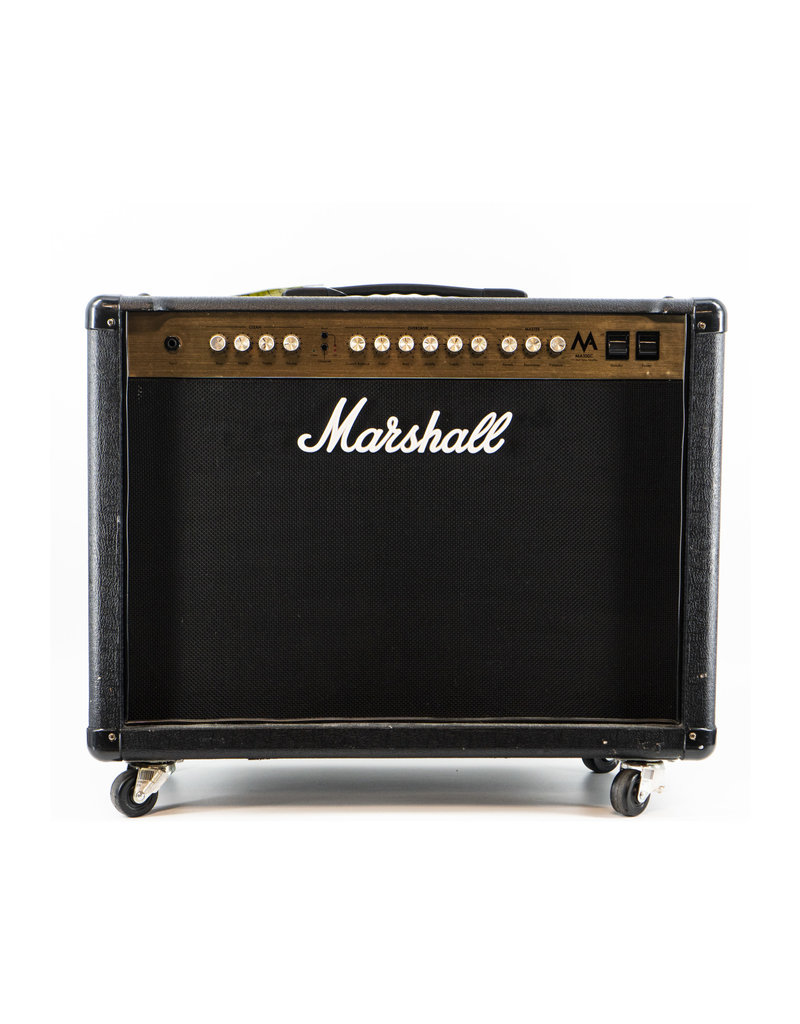 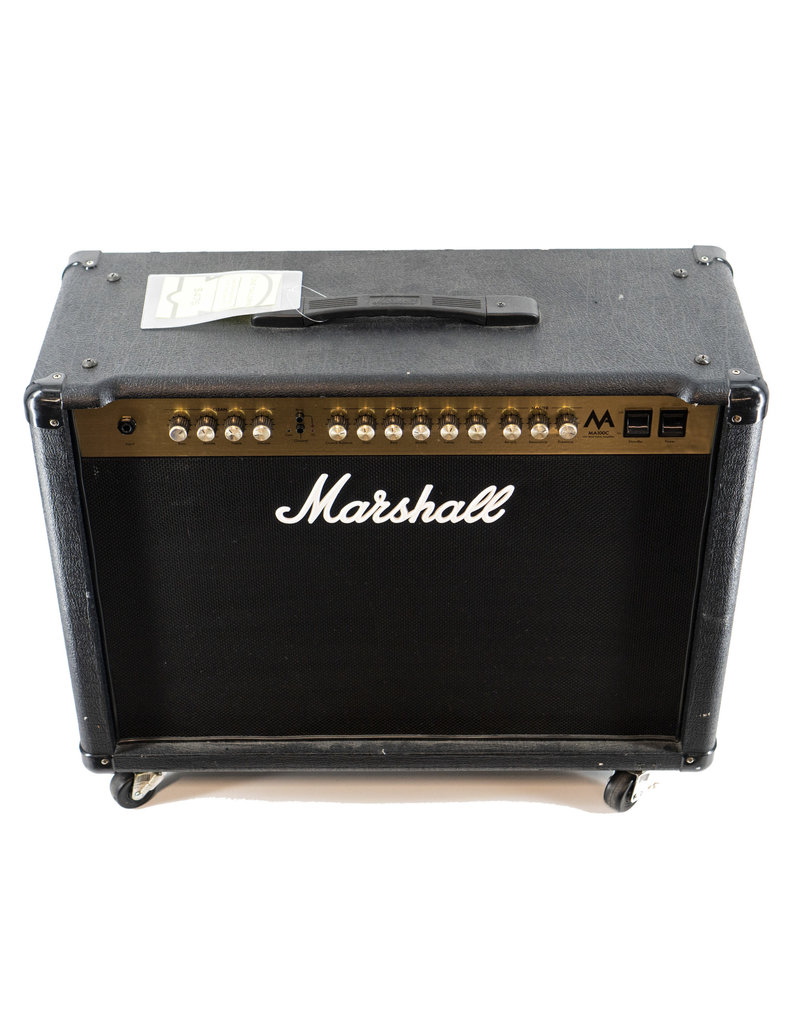 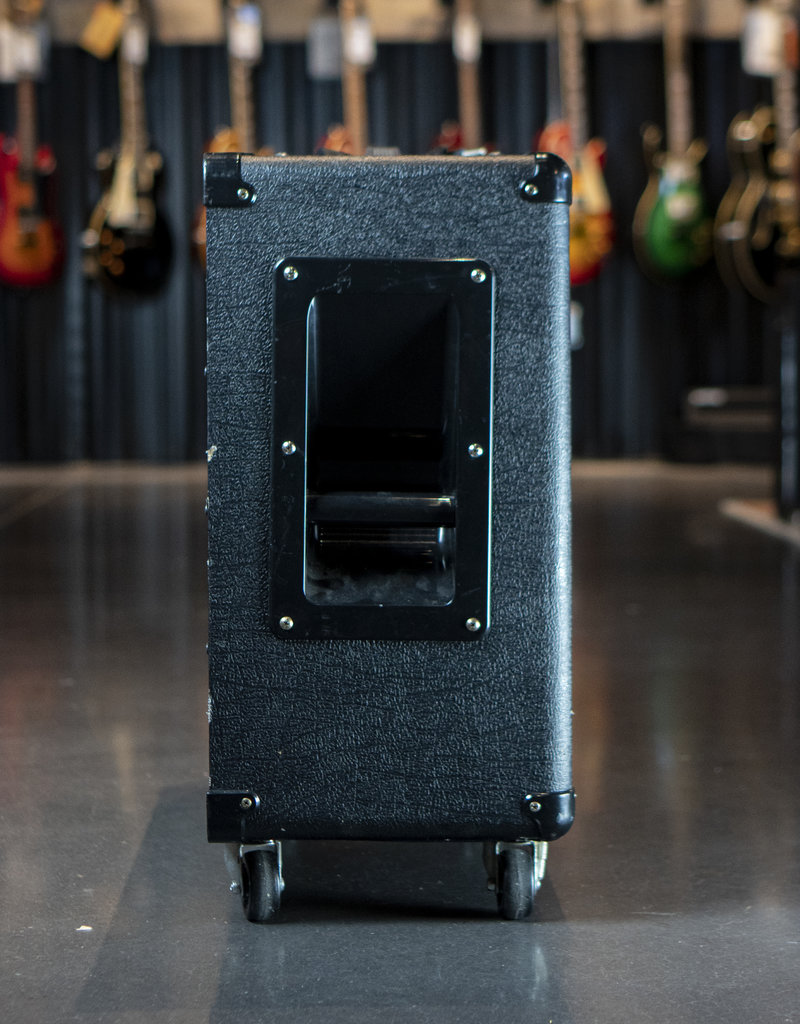 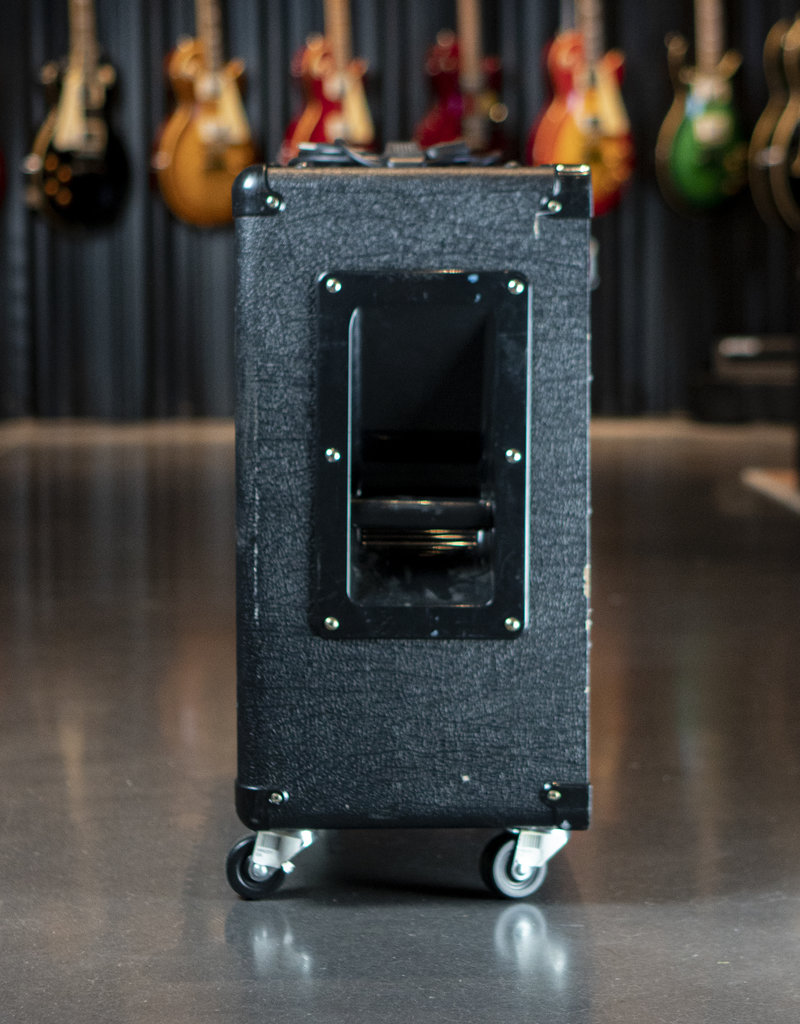 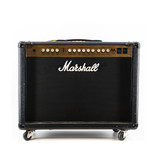 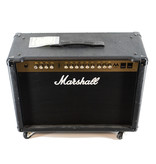 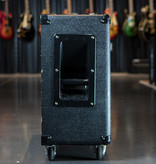 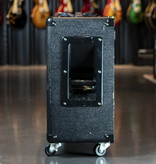 This is a Marshall MA100C tube guitar amp. It is in decent shape but does have some wear from use; a few areas along the edges where the tolex has worn off, a some scratches, etc, but everything is fully functional. The two 12" speakers are original. Casters have been added to the bottom. Due to the size and weight of this amp, we can only offer local pickup.

Marshall are pleased to announce that they have taken things to the next level by removing the solid state pre-amp and power amp sections ever present in Valvestate amplifiers and are able to offer a true all-valve amplifier range within the same price bracket, the MA range. All models in the MA range are fully valve powered and deliver that unmistakeable Marshall tone. They are the perfect stepping stone between every guitarist's first Marshall and one of their own iconic UK built tone monsters.

The MA100C has been carefully designed by Marshall's Research & Development team using the same basic principles as for all Marshall amps; to create an amplifier that delivers something new and exciting for everyone. By keeping the amplifier simple the Marshall MA100C is able to deliver the benefits of all-valve tone and colour, while maintaining an attractive price tag. What is more, like every Marshall, it is built to survive 'the road'. So as well as making it the perfect choice for everyone's first all-valve amplifier, the MA100C is the perfect choice for people who want to take their sound on tour. The MA range offers a valve amp from Marshall that is more accessible than ever before.

The aesthetics of the Marshall MA100C have been specially designed to create a look that stands apart from most other amplifiers from Marshall, while still retaining the essence of what people have become familiar with for over 45 years. Two orange LED's illuminate the interior of the unit, highlighting the power valves. This effect is visible through the fret cloth where the trusty white script logo is mounted onto a solid piece of transparent Perspex.

The Marshall MA100C are powered using the traditional Marshall mainstays of ECC83 double triode valves in the preamp, and EL34 pentode valves in the power amp. The layout and controls are kept simple, allowing you to explore unhindered the full potential of the all-valve tone within. The MA100C benefits from separate equalization stages for both the Clean channel and Overdrive channel allowing you to optimally adjust each one without compromising the other. An extra benefit has been provided in the form of a valve driven 'Boost' function on the OD channel giving you, for example, a solo boost with more volume and gain. The MA100C also contains a spring reverb for use with all channels within the amp.

Intuitive and Easy to Use

The Marshall MA100C was designed with the flexible control demanded by today's players in mind but with a streamlined feature set to keep it cost effective.

Whether in your own home or gigging, setting up the MA100C's sounds and relative levels is very easy; Starting at the Overdrive Channel with the Boost enabled. This mode can deliver the highest gain and offers some real mean Marshall signature grind for effortless soloing or powerful metal riffing. When you are happy with your 'solo' mode then disengage the MA100C's boost to give you your rhythm or crunch sound. The volume and gain of this mode is further controlled by the 'Crunch Balance', (this control does not affect the Boosted mode). The Crunch Balance enables a player to preset the gain/volume difference between their rhythm and solo modes and the key to success is the careful balancing of the Overdrive Volume, Gain and Crunch Balance controls. Finally, the MA100C's Clean Channel with its own dedicated EQ section can be set to match up with the Overdrive channel.